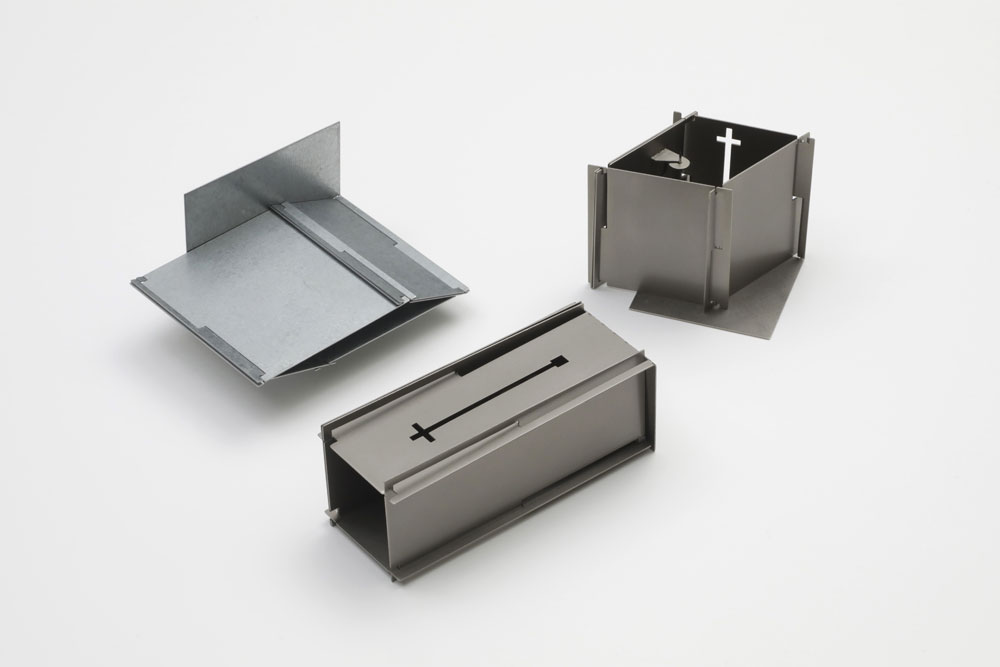 More about the award winner, the artists, the objects and the jury at http://www.fbp2020.com

The Friedrich Becker Prize in 2020.
This is how jewelry works!

Due to the international importance of the price for the goldsmith's craft and for the appreciation of all submissions by well over 100 artists from over 16 countries, the foundation and jury wanted to avoid a refusal and, especially these days, a positive sign for the art of goldsmithing, the craft and the artists Set artists. #fbp2020

With the awarding in Düsseldorf of the Friedrich Becker Prize, worth 10,000 Euro and an endowment of Hildegard Becker (1928-2018), the Association for Goldsmiths’ Art (Gesellschaft für Goldschmiedekunst e.V.) has been commemorating the eminent goldsmith Professor Friedrich Becker (1922-1997) since 1999.

This year, owing to the prevailing circumstances, the award ceremony will take place in the digital space on the specially created site www.fbp2020.com.

151 artists from 16 countries entered jewelry and silver hollow- and flatware for the Friedrich Becker Award.

The jury – Sam Tho Duong and Cornelie Holzach, Pforzheim; Prof. Andrea Wippermann, Wismar – opted to award the Prize to Junwon Jung from Munich for his three brooches Boxes. The jury’s decision in their own words: “The convincing element of the pieces by Munich-based Korean Junwon Jung is their technical refinement: there is this surprising effect when box turns into brooch. An extremely interesting game between two- and three-dimensionality, produced solely by flexing and tucking the metal. The boxes’ mobility enables the display of a different perspective with each configuration of the pieces. The concealed stitching on the interior appears when the box is folded in a specifically created cut-out, whose form arises from its function. With the complementing boxes made of birch, pear and lime wood, the brooches become an exciting ensemble.”

In 2016 Junwon Jung (*1978) completed his Master Pupil’s certificate under Prof. Otto Künzli and Prof. Karen Pontoppidan at the Academy of Fine Arts Munich; he has been distinguished with the Bavarian State Award (2016) and the Herbert-Hofmann Award (2019). His works are represented in numerous exhibitions in Germany and abroad. Alongside the prizewinner’s works, entries by 41 selected artists will be on show in the two exhibitions, Stadtmuseum Landeshauptstadt Düsseldorf (23 June until 12 July) and the German Goldsmiths’ House in Hanau (16 July until 23 August). Many are presenting themselves and their artistic work with video contributions onwww.fbp2020.com.The artists selected for the exhibition include: Frieda Dörfer, from Pforzheim, applies a very old, classic goldsmithing technique, guilloching, in her brooches Eier zeigen. In his brooches SUCTUS, Dutchman Ruudt Peters wonderfully encases the fossil material of amber in gold-plated silver. Ariel Lavian from Israel works iron into an understated blossom brooch. Ulla + Martin Kaufmann’s object Woge is representative of technically perfect, well-wrought metal art, manufactured by them in Hildesheim. Barbara Amtstutz, too, from Switzerland, participates with silver carafes that exhibit the elaborate Keum-Boo technique and a surface structure produced using the mezzotinto knife. In her delicately colored necklace BONITA, Svenja John in Berlin plays with Makrofol and 3-D printed nylon; in London, Silvia Weidenbach also relies on plastic and 3-D printed “moondust”, which she complements with corals and pearls, in her brooches SPACE IS THE PLACE, pink and CORAL_CRESCENDO_2018. Equally, Tamara Grüner from Pforzheim has recourse to plastic in her brooch Rocky cell case, and complements this with historical accessories. In her Schattenwelt brooches, Alessandra Pizzini in Nuremberg relies on non-precious materials; she combines silver and cardboard, which is elaborately carved and engraved. Silke Trekel in Halle makes use of rather more traditional jewelry materials, titanium and gold, which she uses in a necklace produced through elaborate folding. In her jewelry Imagined Erosion, Patricia Domingues from Idar-Oberstein experiments with reconstructed lapis lazuli and marble.

The Friedrich Becker Award Düsseldorf has been awarded by the Association for Goldsmiths’ Art every three years since 1999, in recognition of outstanding independent design of utmost quality of execution. The previous prizewinners are: Rudolf Bott (1999), Anette Walz (2002), Peter Bauhuis (2005), Robert Baines (2008), Alexander Vohswinkel (2011), Sam Tho Duong (2014) and Michael Becker (2017).