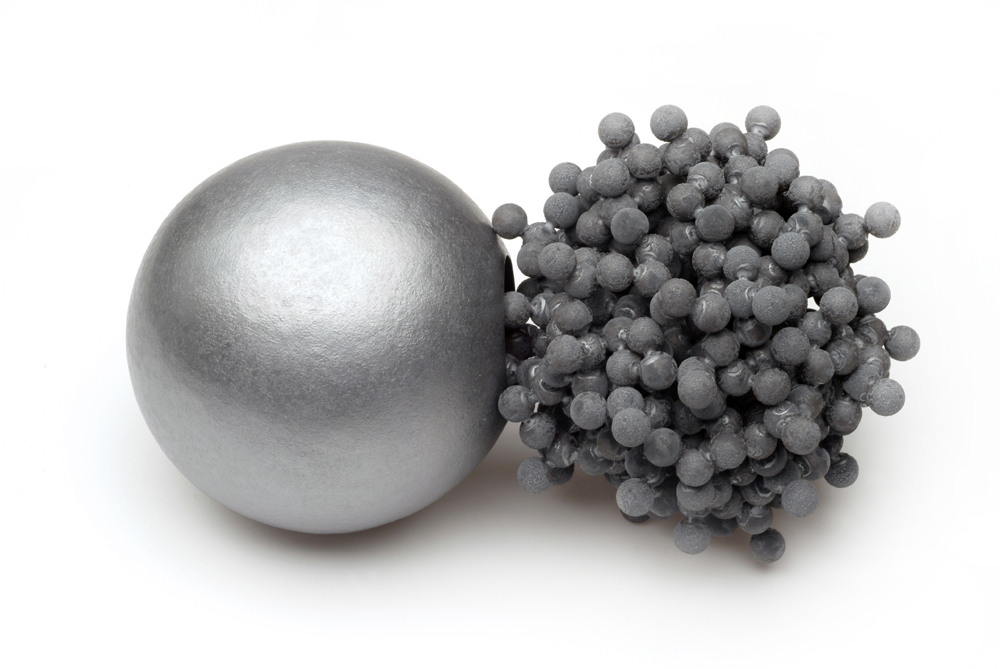 The German Goldsmiths’ House in Hanau will be presenting the exhibition David Huycke & students: Best of 10 years of PXL – MAD from October 4, 2015, through January 17, 2016.

On display in the Silver Hall will be an overview of the work and artistic development of the Belgian silversmith and object artist David Huycke, who is primarily active as a professor at the PXL – MAD University in Hasselt, Belgium. At the same time, in the Gold Hall will be an extensive display of jewelry and objects created by the artist’s students and colleagues during the past ten years with him at the PXL – MAD.

The David Huycke exhibition includes around 50 representative pieces and is divided into three time periods. The first group consists of objects from the early years of his silversmithing career during the mid 1990’s. In addition to his well-known works, such as the Bolinder Series and the first works in granulation, various pieces will be on display that have never been shown before in Germany. A further theme of this exhibition is David Huycke’s doctoral research project, The Metamorphic Ornament: Re-thinking Granulation, done at the Hasselt University and the University of Louvain in Belgium. David Huycke brought into question the contemporary relevance of the classical, decorative granulation technique. The artist was inspired by the international granulation competition which had been initiated by the Association for Goldsmiths’ Art in 1996. The third section of the presentation is devoted to his most recent objects. These demonstrate an extensive examination of the significance given to the surface of the material in contemporary silver objects.

David Huycke gained international renown particularly for his works executed in the granulation technique. He soldered these objects out of countless tiny silver granules. “The granulation technique has been known since antiquity, and was used primarily for ornamentation. Through his procedural method, Huycke interprets it in a completely new way,” says Christianne Weber-Stöber, the director of the German Goldsmiths’ House and manager of the Society for Goldsmiths’ Art.

Huycke’s bowls, vases and objects combine aesthetic strength and great crafting skill. Frequently, they have been inspired by geometric forms. For example, he realized his concept of perfect balance and harmony in Kissing Bowls – two spheres with circular openings that touch each other only minimally. Several of David Huycke’s works seem to combine opposites and have intriguing titles such as Blue Moon, Black Snow, or Order and Chaos.

In the Gold Hall, more than 100 pieces selected by David Huycke will be on display. Here works are presented that were created in the last ten years by 25 students (Object and Jewelry Department) and colleagues (MANUFrACTURE Group) at the PXL – MAD Hasselt. The collection includes objects, such as Denise Gielen’s Faire les Guivres (English: Cleaning the Copper), and pieces of jewelry, such as Karen Wuyten’s gray-blue bangle.

The Object and Jewelry Department at the PXL – MAD University offers an artistic and academic education in which research and the interaction between theory and creativity are emphasized.

The artistic and research association MANUFrACTURE examines academically as well as practically the connections and differences between art, objet d’ art, and design – the role of contemporary art as a rebellious troublemaker.